When the new “Power Rangers” movie hits theaters later this week, fans will get to see a different team from the one they knew growing up.

The film, directed by Dean Israelite, offers a fresh take on the five friends who gain special powers and transform into “Power Rangers” to combat villains looking to conquer Earth.

RJ Cyler, who plays Billy the Blue Ranger in the movie, spoke to Screen Rant about his character who is autistic. Cyler, who fans might know from “Me and Earl and the Dying Girl,” said taking on this responsibility in the film taught him a lot about autism.

To get into character, he said he “shut my mouth and actually just listened” while doing his prep for the film. 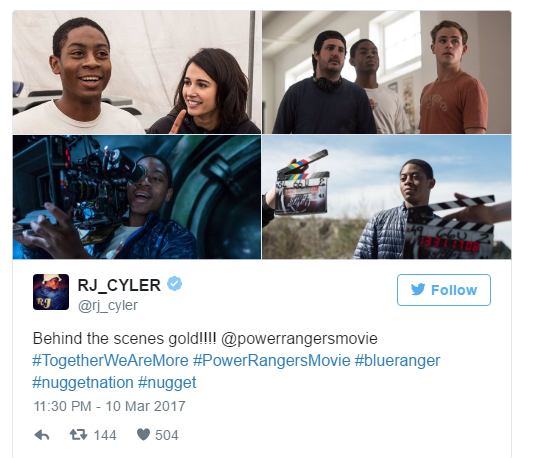 “I knew that it was my job to show, you know, that people that are on the spectrum are just regular people, literally, just how we talk, how me and Becky [Trini, the Yellow Ranger] talk, they feel the same way, they have the same emotions, they wanna be loved, that want people to love, they want relationships,” he said. “It’s just like I was really excited to be able to play that ’cause I know it means so much to so many people.”

But Cyler isn’t the only actor putting a modern stamp on the franchise. Israelite told The Hollywood Reporter that Becky G, who plays the Yellow Ranger, is going to investigate her sexuality in the film.

Top Movies With Lesbian Or Bisexual Themes to Watch

Live, Give & Be Together (LGBT)

The Myths of Bisexuality

Advocate for LGBT community: I’m not a piece of junk